For any quantity above 1000 Gel Tabs, please contact us to negotiate the price. 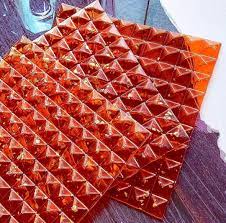 LSD is also known as lysergic acid diethylamide is a very strong psychedelic drug. LSD is the most common hallucinogen, this is one of the most potent mood-altering chemicals. Thus, this is made from lysergic acid, found in ergot ( a fungus that grows on grains ).
acid gel tabs

LSD is usually found on “blotter” paper (paper that is perforated into small squares). The “tabs” can be colored and have images that are printed on them. Liquid LSD is a clear liquid, usually preserved in a small container. LSD may also be found in thin squares of gelatin.
LSD 101

The effects of LSD are unpredictable. It may occur based on factors such as the amount is taken, the user’s mood, mood, personality, expectations, and the environment. They are a plethora of physical effects, which include; higher body temperature, dilated pupils, increased heart rate and blood pressure, sweating, loss of appetite, tremors, dry mouth, and sleeplessness. Sensations and feelings change much more dramatically than physical signs. The user may feel several different emotions at once or swing rapidly from one emotion to another. If taken in a large enough dose, the drug produces delusions and visual hallucinations. The user’s sense of time and self changes. Sensations may seem to “cross over,” giving the user the feeling of hearing colors and seeing sounds. These changes can be frightening and can cause panic.

Warning: This is a research compound intended for non-clinical research. Not for human consumption or resale. Store in a cool dry place.

There are no reviews yet.